Frustrated by a lack of EU progress on fire safety after the Grenfell tower tragedy, firefighters came today in front of the European Parliament in Brussels to convince MEPs to take action. 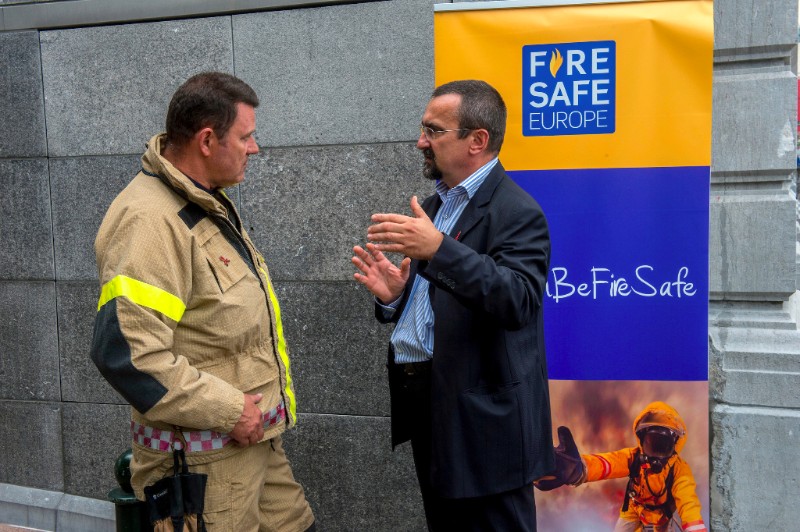 Tommy Kjaer works in Denmark. Anne Wibin works in Brussels. Both of them are firefighters who have spent years rescuing people from fires. They have seen first-hand the heartbreak, devastation and loss that building fires bring. They also know the elements of danger in a fire.

One such element is smoke. Tommy Kjaer, President of the Danish firefighters against cancer association, confirmed: “It might come as a surprise to many people, but smoke is the biggest killer in a fire. More than half of all fire victims are overcome by thick smoke or die from inhalation of toxic fumes. Firefighters are also at risk: 14 types of cancer affect us more than the public. We come to Brussels today to ask Members of the European Parliament to test and label building material products for the level of toxicity of their smoke.” 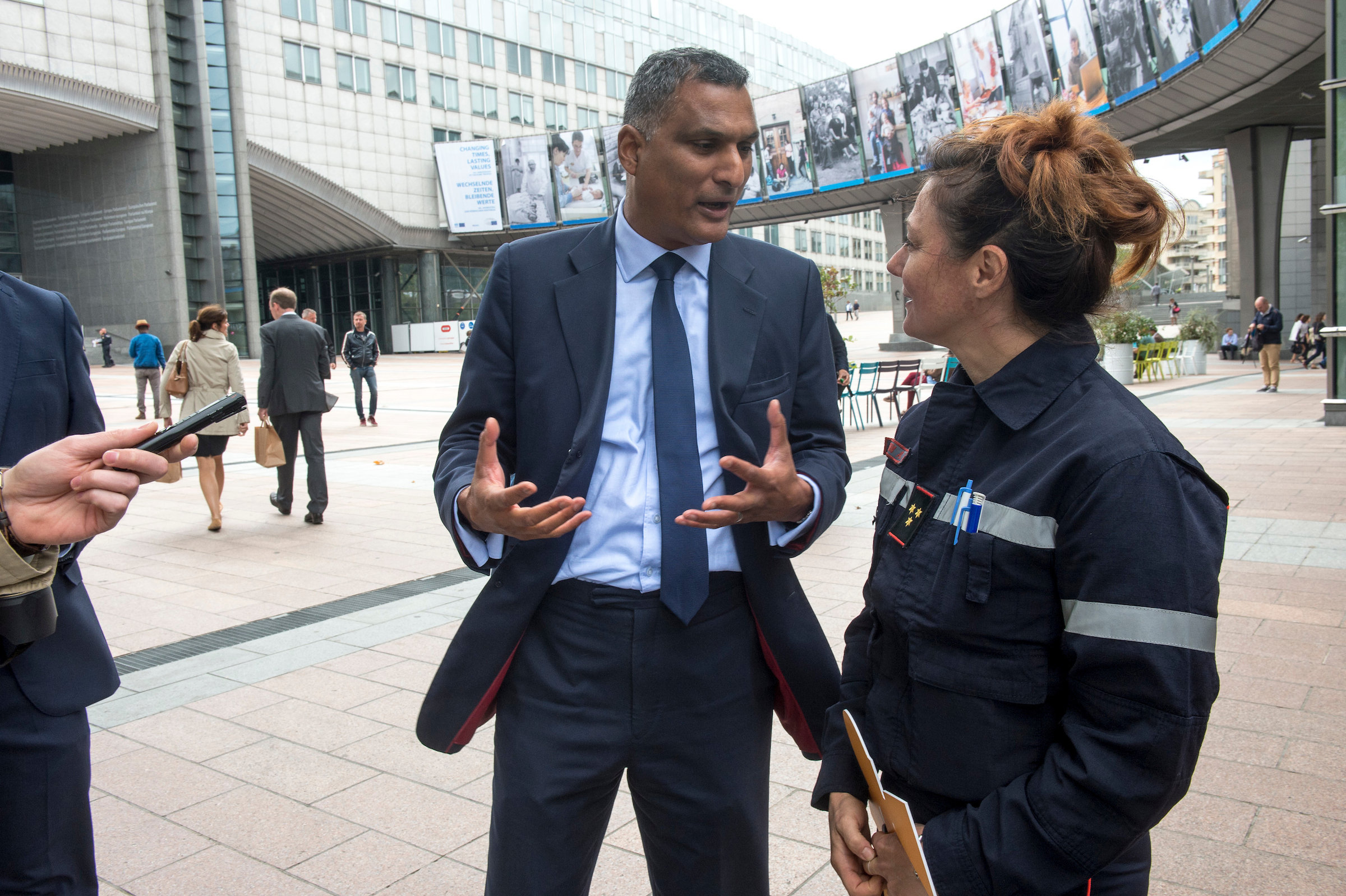 Annew Wibin also wants to raise awareness of the changing nature of building fires. “Fires are bigger and faster than before,” she says. “Some new construction methods and materials allow fires to spread faster making it harder for firefighters to contain fires, partly because of the smoke they produce. This increases the risk of injury or death. One area where the EU can help is to introduce obligatory real-life scenario testing of building facades because current laboratory tests do not remotely resemble real conditions for large-scale fires”. 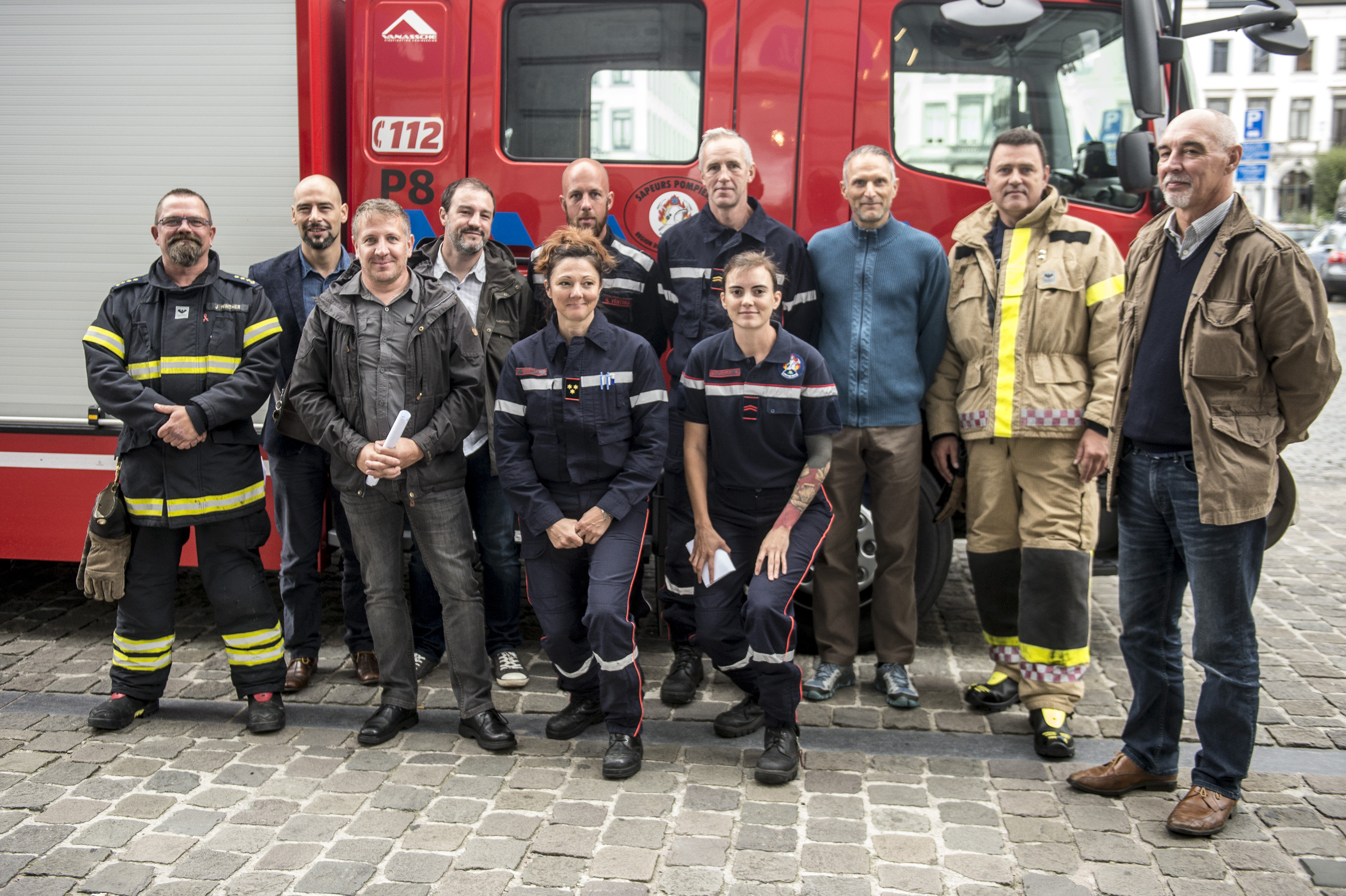 Firefighters from Belgium, Germany and Denmark came to talk to Members of the European Parliament

The firefighters were in Brussels to support the #EUCanBeFireSafe campaign organised by Fire Safe Europe. Juliette Albiac, Managing Director of Fire Safe Europe, says: “Today firefighters were here to tell Members of the European Parliament that fires are bigger, fires are faster and fires are changing. And that Europeans deserve better legislation on fire safety in buildings, starting with requirements to test and classify the toxicity of smoke from construction products. Next week the European Parliament will for the first time debate fire safety in Plenary. Through our action today we want more MEPs to see the importance of joining that debate and do what they do best, fight for the safety of Europeans citizens”.

About Fire Safe Europe
Fire Safe Europe (FSEU) is a broad and unique cross-sectoral alliance of fire experts, firefighters, European associations, and international companies. FSEU’s mission is to improve fire safety in buildings for European citizens. Together with our partners, we believe it is time for the EU to act on fire safety in buildings.