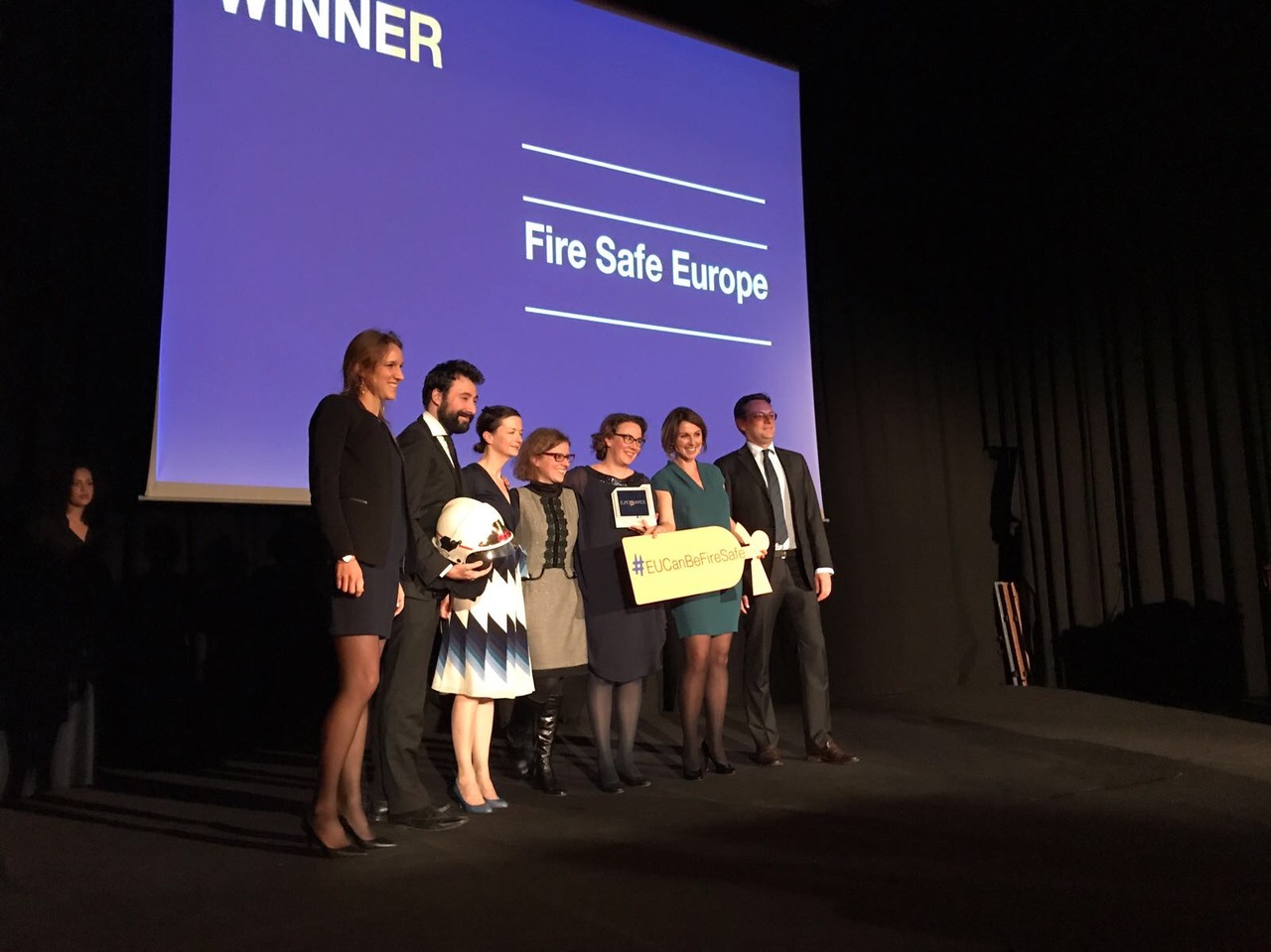 The European Parliament took the initiative to organise a plenary debate on fire safety in buildings on 13 September 2017. For this crucial event, FSEU decided to craft a powerful 3-weeks public affairs campaign to inform Members of the European Parliament about key issues on fire safety and show them what the EU can do to improve the situation. The goal was to ensure fire safety in buildings would become a priority in the political agenda of the EU.

For this campaign, Fire Safe Europe was lucky to receive support from all sides; hence we dedicate these two awards to all those who contributed with their time, energy and heart to the campaign:

“A big thank you to all our supporters! Not only have we won two EuroPAwards, but most importantly, the European Commission announced the creation of a Fire Information Exchange Platform (FIEP), where the Member States and stakeholders can discuss fire safety issues and work together on solutions. Fire Safety is now on the agenda of the EU, and by working together, we will keep improving fire safety in Europe for all citizens. The #EUCanBeFireSafe campaign is an inclusive campaign, and everyone is welcome to participate in this crucial debate.” says Juliette Albiac, Managing Director of Fire Safe Europe.

Fire Safe Europe (FSEU) was founded in 2011 as a broad and unique alliance of fire experts, firefighters, international companies and European associations. Fires in buildings are now bigger, unpredictable and more dangerous than ever before. Together with our partners, we are campaigning for the European Parliament to show political leadership and demand action at the European level to improve fire safety in Europe’s buildings. Read our call to action for a Fire Safety Strategy!
b~|icon_menu-square_alt2~|elegant-themes~|outline